When my family left the Episcopal Church to become Orthodox, I was scared. I felt as though I had leapt across a tremendous void and was being carried I knew not where.  I only knew that my heart burned with an almost unbearable longing, and that the Orthodox Church was the only place where that longing would be satisfied.  And yet, what a strange place it sometimes appeared, full of Russians and other ethnics who had their own ways so different from Americans.

Many converts to Orthodoxy who find themselves, as I do, in a predominantly Russian parish, have been asked by Russian parishioners, "What are you doing here, in the Russian Church?"  The implication being that if you are not Russian, your spouse is not Russian, you don't speak Russian, or you are not in love with Russian culture, what possible reason could you have for wanting to belong to the Russian Orthodox Church? What, indeed?! In our case it was the stories of the New Martyrs of Russia that inspired my family to embrace the Orthodox Faith.

There is in our parish an elderly Russian gentleman, V.  I never knew anything about him until we went to his house for his 75th birthday and nameday celebration.  As we entered I saw on a table an icon of an unfamiliar saint. It was, I was told, the Priest-martyr Macarius, one of Russia's New Martyrs-and the father of V.  When V. was fourteen years old, the KGB beat his father and dragged him away before his eyes.  He never saw his father again. As we were leaving V. walked outside with us, and we all lingered in the night air as he told us the story.  I was suddenly overwhelmed by the image of V. as a boy of fourteen, the same age as our son, watching his father being brutally beaten by the godless.

That evening I gained a deeper appreciation for what so many Russians have suffered.  They were uprooted, persecuted, dispersed; they have borne a heavy burden.  Some, like V., have relatives or friends who are New Martyrs.  Whenever my heart begins to turn cold towards "the Russians," I try to remember the great debt I owe to the Russian martyrs for leading me to the ark of salvation.

Having said all this, my thoughts turn now to America.  We all, converts and cradle Orthodox alike, have been planted together here in America by our Heavenly Father in order to work out our salvation.  And it is a wonderful country. Today, however, America is in serious trouble, as Solzhenitsyn warned us ten years ago in his Templeton speech. We are thoughtlessly "yielding up our younger generation to atheism."  How can we do this?  In Russia atheism was forcibly implanted, many shed their blood in opposing it, but here in America we are willingly allowing it.

In one of his sermons, Archbishop John of blessed memory declared that one of the reasons for the Diaspora-the great exodus from Russia in the wake of the Revolution- was to spread the holy Orthodox Faith.  As Orthodox Christians, are we not responsible to do everything we can to spread the Faith, to make it available to the people of this country, of America? America is where we live now, not Russia.  (Those who desire to live in Russia are free to do so.) We have received the most precious treasure imaginable, the pearl of great price.  We have received without measure of the great riches and mysteries of Holy Orthodoxy.  Our Lord commanded: Freely ye have received, freely give.  He also said, Go, and teach all nations.  All nations: that includes America.

If we do not do all that we can, then will we not bear responsibility for the downfall of this, our country?  Today we are able to build churches, to worship freely, to display our crosses. But if we do not cherish this freedom, if we do not protect it then we will lose it, just as the Russians lost their country to communism.  When they come and close our churches, we will wail and beat our breasts and say, Why didn't we do anything when we had a chance? Why didn't we try to spread the holy Orthodox Faith?  Why didn't we invite the people of this land to "come and see" the wondrous beauty of the Bridegroom?

This, of course, requires a strong witness, which can only come about if converts and cradle Orthodox come together.  All of us must make an effort to erase our fears and misconceptions, our prejudices and resentments. Both sides must be prepared to make sacrifices.  Our Lord tells us that if we love Him we will lay down our lives for our neighbor.  It is a sacrifice to allow "foreigners" into your church, your own church with which you are so familiar. Perhaps if you allow them in, allow them to worship in their own language, well... who knows what will happen.  Things won't be comfortable, predictable. How many Jewish Christians in the time of the Apostles had a hard time accepting the Gentiles into their midst? It wasn't easy.  Converts, too, have to sacrifice: some give up friends, jobs; some have even been disowned by family members in order to come to the "strange new land" of Orthodoxy.  We all have a price to pay.

As my family prepared to enter the Russian Orthodox Church, I had cause to reflect on the familiar words of the Psalmist: How shall I sing the Lord's song in a strange land? (Ps. 136:5).  But I could also say with him, I have chosen rather to be an outcast in the house of my God than to dwell in the tents of sinners (Ps. 83:10).  And this in fact applies to all of us Orthodox Christians, converts and cradle Orthodox:  we are all strangers, pilgrims, outcasts here in this world, and Orthodoxy, as Fr. Seraphim Rose so often stressed, is truly otherworldly.  We all need love, we all need understanding.  If we concentrate on our unity in the Faith, if we work towards greater harmony, making on both sides the necessary sacrifices, then our witness as Orthodox Christians will be stronger, and we will please the Lord. 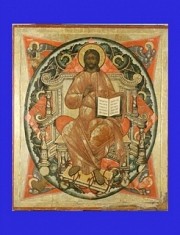